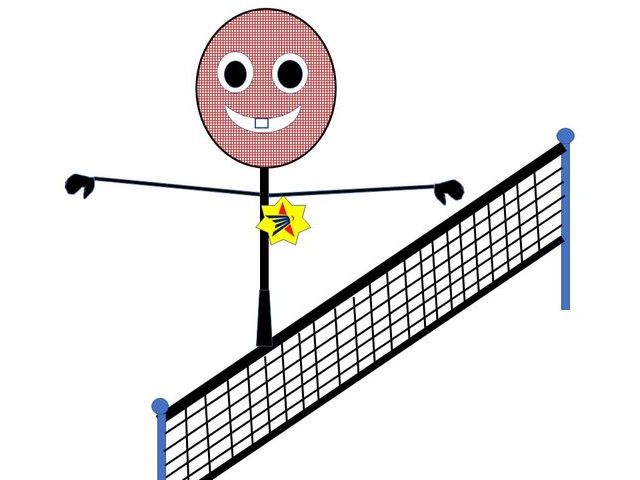 There is no such thing as a perfect racket!!! Every player has to choose a racket based on his/her style of play and skill level. When choosing your racket, there are many factors to keep in mind. The most important ones are: the racket’s stiffness, its weight and the balance. In this article, we will focus on the balance. The racket’s balance is an indication of how its weight is distributed along its body.

Depending on the balance point location of the racket, the racket can be classified as being Head Heavy, Head Light or Even Balanced.

Usually, a racket with a balance of higher than 300 mm is considered as a Head Heavy racket. This means that its weight is distributed more towards the frame. These ” Head Heavy” rackets are more suitable for attacking play. The momentum generated by the heavier head assists in providing that additional power to smashes. However, the increased power comes at the price of maneuverability. A heavier head makes it a little difficult during gameplay that requires fast changes in racket direction like defending against multiple, back to back smashes in doubles. Secondly, maneuvering head heavy  rackets require a fair bit of strength and can lead to shoulder pain if used by inexperienced players

Conversely, a racket with a balance point lower than 285mm is considered a Head Light racket. These rackets help you in recovering quickly from your shots due to the lower momentum of the racket head. However, this comes at the expense of the power which Head Heavy rackets offer.

The third type of racket is known as the Even Balanced racket, and may be considered as the Jack of all trades. As you might have guessed, these would have a balance point between 285mm and 300mm. These are good for all round play, and are recommended for beginners and less experienced players.

Our coaches at Star Badminton Academy always recommend an even balanced racket for beginners and intermediate level players. As the player progresses into the advanced batches, we analyze their gameplay. A more attacking player will need a Head Heavy racket to support his gameplay, whereas a defensive player will do better with a head light racket.