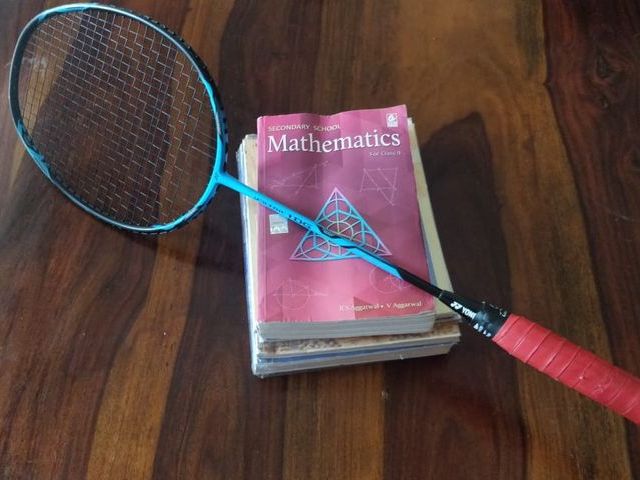 “All work and no play makes Jack a dull boy”

These days most parents accept the ring of truth that this proverbial phrase brings to the table. However, I would go one step further and change this to “Competitive Play with work makes Jack an excellent boy.” In my case, Jack becomes a Jill.

From the time, Jill was seven, I had her enrolled in a variety of extra-curricular activities. As a working parent, it helped me use her time productively and as at the same, also, let her figure out her interests. From drawing to Kathak, skating and swimming, Jill learned it all. Over time, I figured that her strength lay in physical activities like swimming and skating. She seemed to enjoy the pace and that is when we introduced her to a new game Badminton. Her passion progressed to her attending professional coaching in the racquet sport. Before we knew it, she had begun playing at the State level and with every tournament, we saw her grow.

All this while her studies continued without any interruption. Academically, Jill was quite a bright student whose report card was full of As. Most of the time, she would be in the top five of her class.  She was managing her academics as well as her badminton. It used to be regular school in the morning and badminton classes in the evening every day. This continued till the time she was playing in the under 13 category.

Under 15 and the higher category in badminton turned out to have a different ask. Her coach told us that if she were to make it to the main draws of these categories, she needed to train harder. This was a tough call for us  – who have grown up in an era where our own parents had told us to focus on academics over sports. It took a few debates – within and with each other – before we decided to gamble a new routine for the first half of the year. “If her studies suffer or her interest drops, we will pull out.”  that is what we told ourselves. And thus, began a new grill.

As parents, we saw that she had lesser time to study. Not just owing to the day-to-day routine but the fact that she was missing school a lot more to participate in the state tournaments which went on for weeks . For the first half term exams. I thought that with the lesser time she had, Jill would be a nervous wreck. Contrary to that, she gave her exams with a strange confidence.

That term Jill surprised –  not just us  -but her school teachers too. Jill topped – not just her class but stood 2nd in her grade – missing the first place by just two points. The incident landed up giving us confidence to take her training a step further. Her school supported us by allowing Jill to officially attend classes only three days a week. The other two days, Jill could train full time at her badminton  academy.

As parents, our role was basically to support her emotionally. All we could do was ensure she got the right food to eat and got adequate sleep and rest. A huge help came in from the school who recognized her potential and passion and gave her the little extra space she needed to pursue the sport. Jill’s school friends helped her with catch up with her missed classes by sending her notes through WhatsApp.

Her teachers would take out that extra time to clear any conceptual doubts that she would have on the missed portions. There are times when the school also helped her give her exams a few hours earlier or a day later to accommodate the clash of a competitive tournament. Honestly speaking, this circle of support was what made this new arrangement work. The year ended with two amazing results – Jill had broken into the top 15 in the State ranking and had got an award for scoring the 2nd rank in her grade.

A Champion For Life

What I share is not just a story of my daughter. Jill is just one of the many state ranking players who is doing equally well in her sports as well as academics. In fact, most of her friends in the badminton academy are school toppers who have the same grueling schedule as she does. Two of her seniors (who at ranked in top five in the state badminton charts) have just passed their 10th and 12th with over 90%. In addition, there are numerous other university and board toppers who have gone onto represent India internationally. A lot of them are actually home-schooled.

There is scientific research (https://www.nap.edu/resource/18314/EducatingTheStudentBody_rb.pdf) that has proven that sports causes an increased blood flow to the human brain and that enhances the focus and creativity of the person. Competitive sports drives kids to take on challenges and work towards excellence. With lesser time on hand, people like Jill tend to make the most of their academics with this enhanced concentration. They learn how to balance various aspects of their lives – a much needed life skill for future.

Jill is now in grade 9 and is still competing professionally in badminton. I do not know what life has in store for her but I do know this that the sport does enhance her life skills and academics. To me, that is reason enough to let her do what she has been doing. After all as I see it, it is not really Sports Vs Academics. It is Sports With Academics.

The author is a professional writer and a full time mother to a teen badminton player. Her daughter trains and plays in the state and national badminton circuit.