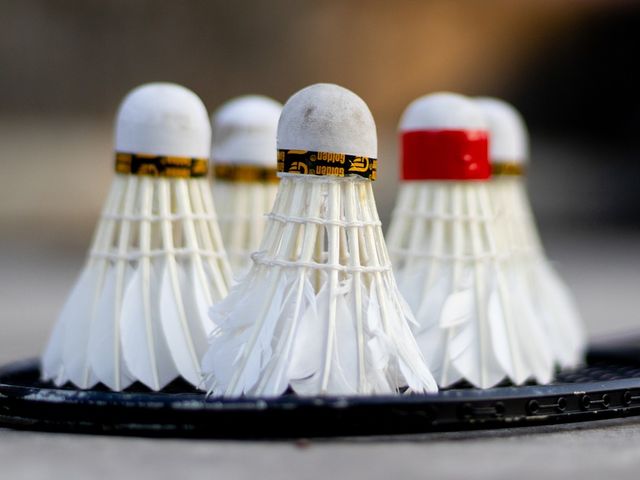 The game of Badminton was only incorporated into the Olympics at the1992 Summer Olympics in Barcelona. However, the shuttlecock’s origin predates the game by hundreds of years. In China, as early as 5th century BC, a game called “Ti Jian Zhi” was played using shuttles. In this game, opponents kicked a shuttle around making sure it didn’t fall to the ground. People still play this game today in certain parts of China as can be seen from the video below 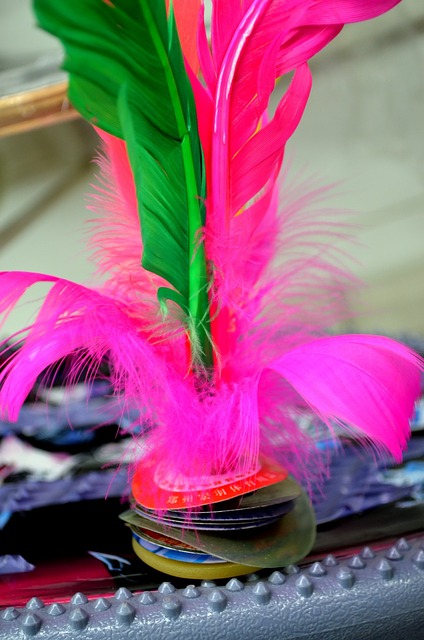 Over the millennia, the shuttle has undergone many transformations. In its current form, the feather shuttlecock which we use for Badminton, is made from sixteen overlapping feathers embedded into a rounded cork base. Usually, only duck or goose feathers are used to make these shuttles, and for International tournaments, only feathers from the left wings of geese are used. The curvature of the wings is such that depending on which wings are used for making the shuttle, the shuttle’s spin will change when it is moving at high speeds.

Shuttles at the Olympics

The art of selecting a shuttle for international tournaments is a highly involved process. For example, to select the shuttle to be used each day in Rio Games, 2016 , tournament officials used to go to center court before the first match. They hit different types of shuttles in a singles service type trajectory to see which behaved the best considering the temperature, humidity and air draft.

The feather shuttle is, without doubt, the most popular shuttle used by professional players today. However, the amount of wastage associated with these shuttles is very high due to low durability. At the Olympics, about two dozen shuttles are used in each match on average. On many occasions, players ask for a replacement even though there is nothing wrong with the shuttle. This is to just give themselves a break, or to break their opponent’s rhythm.

The Ever Evolving Shuttle

A new shift is about to take place which will further transform the iconic shuttlecock. The Badminton World Federation (BWF) is undertaking a series of experiments to test shuttlecocks made out of synthetic materials rather than the conventional feather shuttles. These shuttles have already been used in some of the BWF-sanctioned international tournaments, and there is a high probability that we will be seeing synthetic shuttlecocks in more international tournaments soon. This shift is mainly aimed at reducing the wastage and making the game more economical.

Another interesting transformation is the AirShuttle,  a new shuttlecock which is designed to play badminton outdoors in a new game named AirBadminton.

previous
Do Coaches Need Certifications?
next
Our Young And Rising Star - Sudha